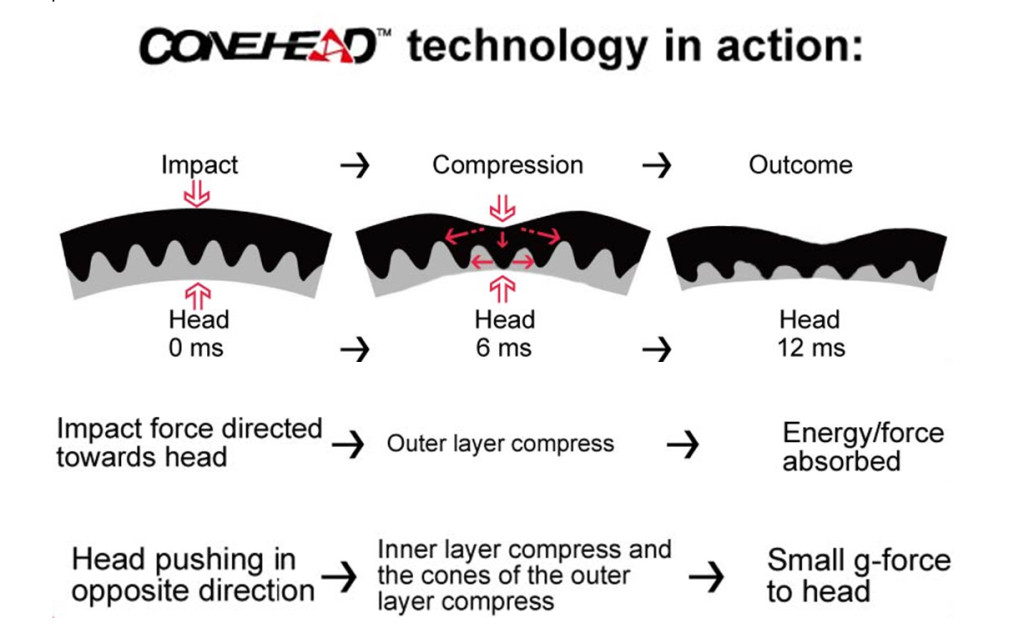 In the above diagram compression refers to when the cross-section of the foam liner is subjected to an impact force. The impact force, as indicated by the downward arrow, is pushing towards the head and causes the outer layer to compress. As a result, the impact energy spread outwards which in turn causes the tops of the lower density cones (the grey cones) to compress. The collapsing of the cones causes the energy to spread sideways within the thickness of the foam liner instead of towards the head. The dispersion of the energy sideways prevents the impact energy to be translated through to the brain

At the same time, the head is travelling in the opposite direction, as indicated by the arrow pointing upwards. You may recall this is Newton’s third law of motion – equal and opposite forces. As a result, the head causes the tops of the cones (the black cones) of the outer layer of high density foam to compress and therefore, once again, the energy is spread sideways. So the aim is to spread the energy sideways away from the head and brain.

Also, the fact that the head is continually pushing into higher density foam allows the head to gradually slow down or other words gradually decelerate. The result is a lower g-force to your head.

The true benefits of the new bicycle helmets incorporating the

The following three photos show a 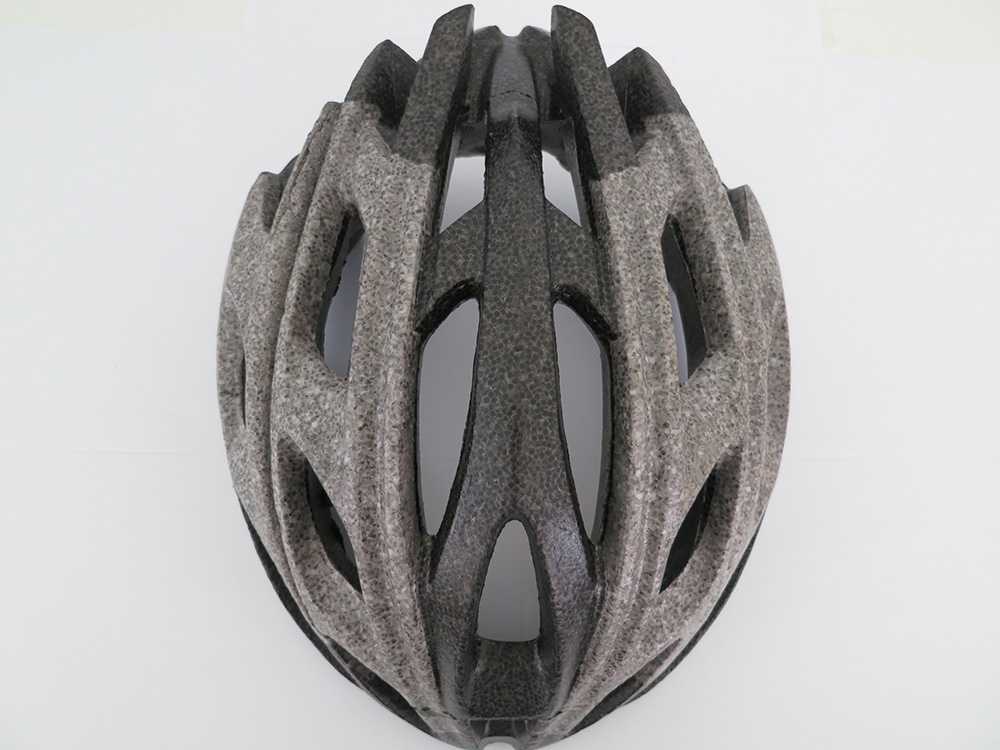 Photo 1 shows the top view of a

technology bicycle foam liner without outer shell. The grey area indicates where the cones are located in the liner. 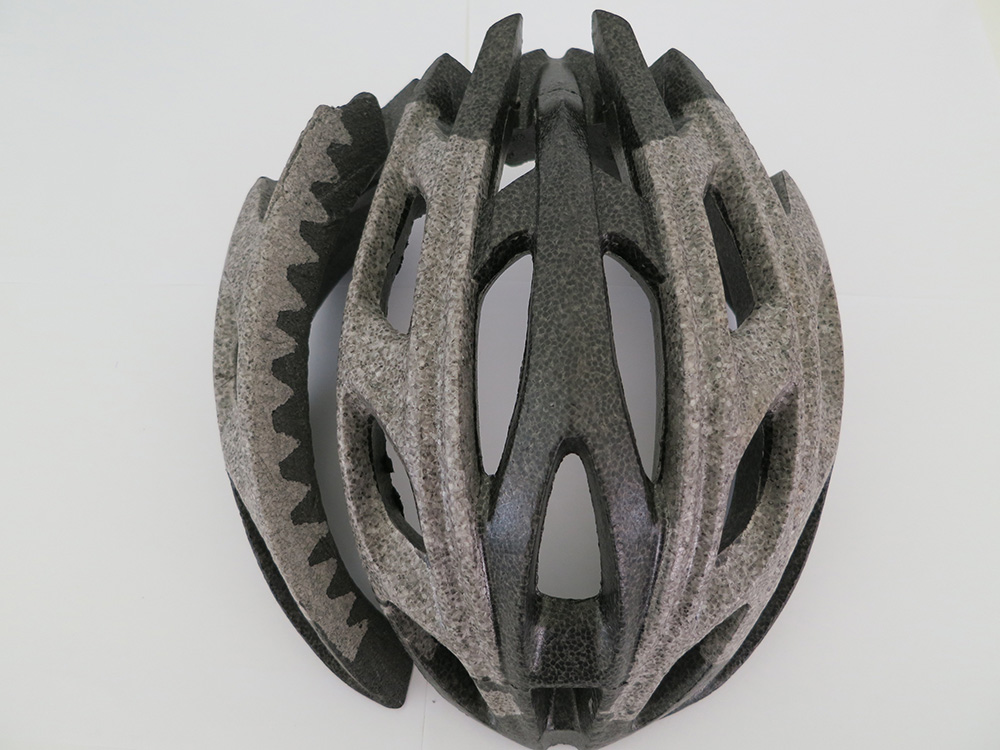 Photo 2 shows the top view of the same

technology bicycle liner, with the right side section cut away from the rest of the foam liner, revealing the cross-section of the right side comprising the inner black

Please Note: the colour of the inner 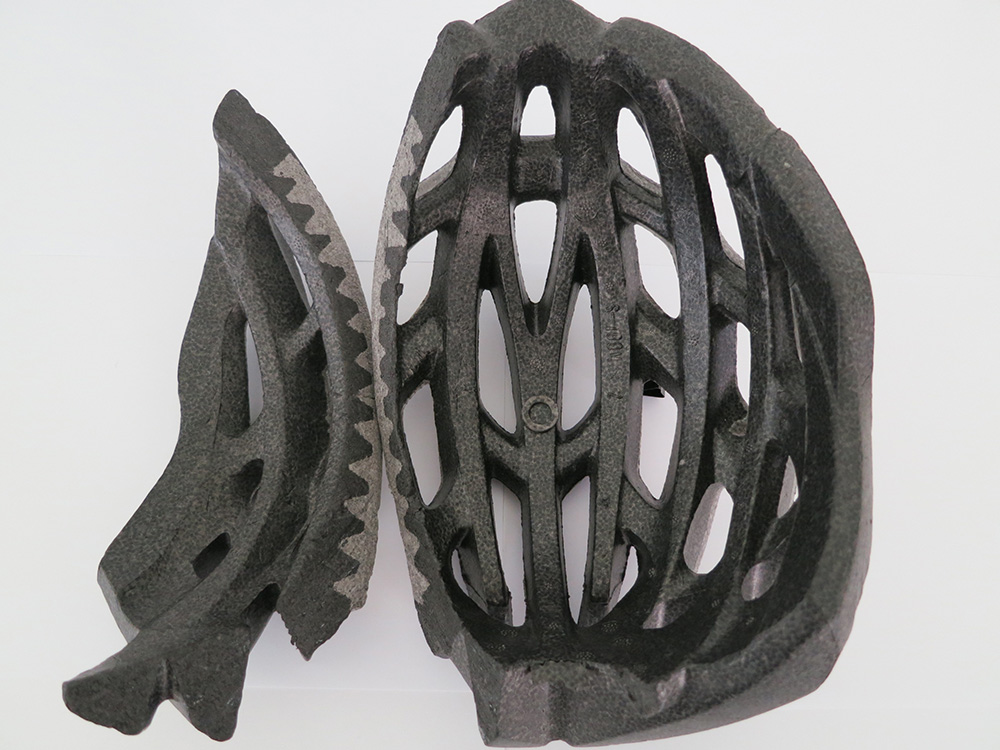 Photo 3 shows the inside view of the same

‘Wearing a helmet is better than wearing no helmet.’